skip to main | skip to sidebar

Why Do People Hate Monsanto? 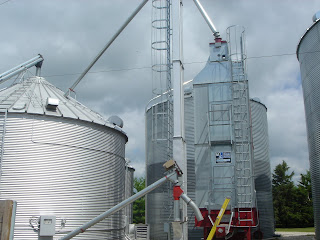 We keep hearing an old story that should have died years ago: An organic farmer invites his children’s city cousins to visit. After the urban kids reveal that they eat McDonalds French fries twice a day, the farmer decides to experiment by having his own kids lay down in a field next to the city kids. After awhile, the farm kids are swatting away potato beetles but not single beetle comes near their city cousins.
True believers of this story are aware of some little known history. In the 1990’s, Monsanto released a “new leaf” potato genetically engineered with enough Bacillus thuringiensis (Bt) to repel potato beetles. McDonalds bought new leaf potatoes for its fries. No studies were ever done on the long term effects on people who consumed large quantities of such potatoes. We have never met any such storytellers who could identify an actual farmer who performed this test, so the story was always probably apocryphal. It’s undoubtedly so today because the new leaf potato never gained more than a five per cent share of the market, McDonalds quit buying them back in 2000 and Monsanto retired them soon afterwards.
The story lives on though because it incorporates the main ingredients of an urban (rural) legend - a worrisome hypothesis, an entertaining application and a logical conclusion. Therefore, it keeps finding new tellers among the growing tribe of those who are suspicious of industrial agriculture and all it represents.
Monsanto is the new Standard Oil, the corporation that typifies today the same relentless dominance of its industry that John D. Rockefeller’s company did in the Gilded Age. Like the old robber barons, Monsanto has successfully enlisted government support that helped them privatize profits while socializing the real costs of their products through subsidies, write-offs (of health and environmental damage) and ruthless stifling of both dissent and competition. Because both Monsanto and Standard Oil extracted the raw materials of their new technologies from the earth, with only a secondary regard for sustainability, they have been equally vilified by conservationists, naturalists and anyone who ever got in the way of their will.
In historical hindsight, it’s hard to hate Standard Oil. Few of us would choose to return to the days of whale oil lighting, steam engine transportation and pre-plastic economies. Though civilization might have found its way through the 20th century without Rockefeller’s indomitable guidance, it surely would not have done so as quickly or brightly. If governments turned their eyes away from the tactics of the old robbers barons it was because they had sold themselves as agents of a future prosperity that would trickle down to all. Monsanto similarly enjoys a privileged access through revolving doors of government because they have sold themselves as agents for universal prosperity.
Probably another hundred years will tell for sure but Monsanto has already convinced their farmer customers that they are “feeding the world” through higher yields, “saving the environment” with reduced use of pesticides and, lately, “promoting sustainability” by using seeds that are genetically modified to require less water. (That latter message has particularly irked the audience of National Public Radio where it’s been played via Monsanto sponsorship announcements.) On paper, those sound like reasonable endorsements for Monsanto’s technological innovations. Yet, that company has alienated so many people that it’s hard to find folks within the organic community who don’t believe Monsanto’s claims are disingenuous. How on earth did they manage to do that? Let’s begin to count the ways. 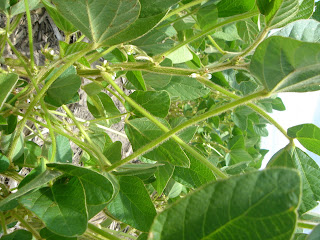 1. Impudently patenting mother earth. Monsanto, more than any other company, appropriated the concept of intellectual property rights to control farmers. To purchase their genetically modified seeds, a farmer must sign an “end-user agreement” that limits what he can do with them. Agreements are considered necessary to protect intellectual property, justifiably precluding replications that make the seeds unique. However, Monsanto and their ilk also explicitly forbid the use of the seeds for independent research. Scientists can be sued if they examine whether such genetically modified crops lead to unintended environmental side effects. Thus the only research that ever gets published in peer-reviewed journals is that approved by industrial seed companies. According the Scientific American, “In a number of cases, experiments that had the implicit go-ahead from the seed company were later blocked from publication because the results were not flattering.”
2. Bullying law suits. Monsanto’s lawyers spent a decade tracking down farmers who might have saved seeds for replanting, like responsible farmers have done since civilization began. They sued them and broke them. They also sued a number of organic dairy farmers who advertised that their milk came from cows that had not been fed bovine growth stimulants. Monsanto, which owned the most commercially successful such stimulant rBGH, claimed such ads implied there was something wrong with their product. With control over most research, Monsanto almost always won such cases.
3. Sterilizing Mother Earth. In 1998, the infamous US Patent # 5,723,765 threatened to change farming forever by giving Delta & Pine Land Co. rights to a new technology that sterilizes seeds, as well as any other seeds contaminated by them. Named genetic use restriction technology (GURT) and nicknamed The Terminator, it was frightfully unpopular in countries like India where farmers still primarily grow foods with seeds saved from previous crops. Monsanto pledged a moratorium on commercialization of Terminator technology but then it bought Delta & Pine Co. The Terminator would free Monsanto lawyers from hunting down farmers who save their seeds, so their pledge is viewed cynically by many folks.
4. Sterilizing Mother Earth - unless. GURT’s latest form, called reversible transgenic sterility, is nicknamed The Zombie and appears to be Monsanto’s way around its pledge. Whereas Terminator technology produces plants with sterile seeds, Zombie technology requires an annual chemical application (patented and sold by guess whom) to trigger fertility.
5. Bullying the media. Monsanto’s influence has long managed to kill stories unfavorable to the company, That is most famously documented in the movie “The Corporation” and in Jeffrey Smith‘s book “Genetic Roulette and Seeds of Deception: Exposing Industry and Government Lies About the Safety of the Genetically Engineered Foods.” Both documented a 1990’s case in which a Fox-affiliated television station in Florida killed a thoroughly researched story about ill effects from milk produced by dairy cows given Monsanto’s rBGH.
6. Blatantly influencing FDA and USDA policy. Revolving doors swing between industry and government agencies all over the world but Monsanto’s manipulation of them has left its critics with jaws agape. Anyone who thought things might change in the Obama Administration was dismayed by this summer’s appointment of Monsanto’s former Vice President for Public Policy as Special Assistant to the FDA Commissioner - for Food Safety. Michael Taylor is credited with ushering Monsanto’s rBGH through the FDA regulatory process and into the milk supply - unlabeled. He is also regarded as responsible for the FDA’s decision to treat genetically modified organisms as “substantially equivalent” to natural foods and therefore not requiring any safety studies. That “substantially equivalent” ruling allowed the FDA to ignore evidence that genetically engineered foods are in fact quite different from natural foods and pose specific health risks.
With Taylor back in charge of implementing whatever food safety laws Congress might pass, Monsanto’s opponents are growing. They now have an entire line of anti-Monsanto T-shirts (www.zazzle.com/monsanto+tshirts). Most ask people to trust GMO’s based on past performances of products Monsanto would like us to forget - agent orange, P.C.B., aspartame, etc. Our favorite says “Soil is Soul” and “Monsanto deals in dirt.” That’s why many of the others are too dirty for us to print.
Posted by FoodDude at 4:33 PM

Email ThisBlogThis!Share to TwitterShare to FacebookShare to Pinterest
Labels: Monsanto

FoodDude
JD is an old writer/ consultant who mostly covers the food industry but also has dabbled in art, political commentary, sports and business writing.